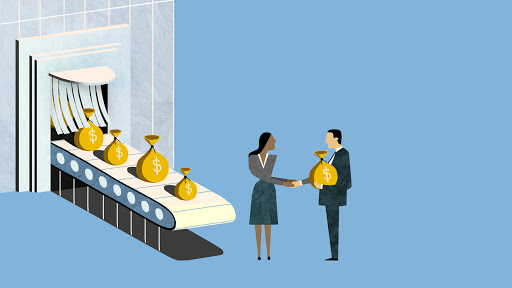 The COVID 19 pandemic has severely impacted different facets of the Indian economy. The MSME sector is no exception and has taken a significant hit. The entire country is under lockdown and the MSME businesses are face to face with grave challenges maintaining their credit lines with lenders because of almost two months of inactivity. The upheavals in the supply chain have made things tougher along with and labor shortage and a lack of sufficient cash reserves.

The question above all other questions for the MSME sector is ‘Can this be turned into an opportunity for growth and expansion?’ It might come as a pleasant surprise, but the answer to this question is in the affirmative.

In a bid to help these businesses, GOI has announced stimulus packages. But what does it mean to these businesses? Does it provide loans or extend repayment terms? Read below to know more.

Will the RBI Refinancing facility help?

The central bank is providing liquidity to the tune of Rs 50,000 crore to financial institutions like the NABARD (National Bank for Agriculture and Rural Development), the SIDBI (Small Industries Development Bank of India) and the NHB (National Housing Bank).

Manufacturing units in different parts of the nation are compelled to work in shifts ensuring that the country doesn’t face a shortage. While doing so, there is a need to increase cash flow and fulfill other economic needs. The benefits offered by banks and the government will help immensely in providing relief. Hence, these businesses can be hopeful of availing fresh credit lines through banks that come under their purview.

Let’s Let’s take a look at how this benefits the MSME sector and the take away from these credit relief packages.

How are Banks Rolling out Loans?

The SIDBI, in an attempt, to help the small and mid-sized businesses deal with the impact of the COVID 19 pandemic has launched a digital platform for remote handling of affairs. The platform is designed to tackle issues related to regulations. They have also implemented digital payments and borrowing.

Several schemes offered by the central and state governments, banks- private as well as public, and other financial associations will help businesses. They will provide the required liquidity to these banks and microfinance institutions for lending to micro, small, and medium businesses that are affected by COVID-19.

India’s premier government-owned bank, the State Bank of India has launched credit lines for its customers who have been impacted by this pandemic. It is called the COVID Emergency Line of Credit, CECL, and allows borrowers to take loans of up to 200 crores or 10% of the fund-based working capital at an interest rate of 7.25%.

Private lenders have also come up with schemes for extending credits to MSMEs. In particular, Axis Bank has allocated a fund of Rs 100 crore to help its customers fight the virus. This leading private lender has also provided borrowers with deferment/ moratorium options on the existing loans. Hence, the burden of EMI payment has been reduced not only for the MSME sector but also for other borrowers.

The same approach has also been adopted by other private banks including ICICI, HDFC, and Kotak Mahindra. It must also be noted that the processes of giving out fresh loans during these troubling times have also been made easier with substantial emphasis on digital applications for loans by these private lenders.

Surprisingly, Yes Bank- which was in the news for all the wrong reasons, has also continued with its Yes SAMRIDDHI which focuses on providing business loans to the micro, small and medium enterprises.

All in all, we can safely say that the situation isn’t as gloomy for the MSME sector and they can avail the benefits of the various schemes being offered by private and public lenders.

As per the Indian Chamber of Commerce, there are about 6 crore small businesses in India. However, only 91 lacs are registered on the government portal for MSMEs. Hence, only registered businesses will have access to the credit lines offered by banks.

The loans will be processed through online portals and will be highly beneficial to businesses with GST records, IT returns, and bank statements. Other businesses may not access schemes but considering the prevailing in informal sectors, an announcement of credit lines even for them doesn’t seem far away.

There are reports that the Indian government is pushing banks to boost lending. It is making all efforts to increase the number of loans sanctioned in state-run banks. This push has come after the RBI made a 75 basis point rate cut to rescue the failing economy. So, small or medium scale essential commodity manufacturers with good credit ratings can avail these loans. With the lockdown easing in many parts of the country, this comes as a lifeline to get the businesses up and running again.

Paused Business Operations?
Infuse Working Capital to play your business again.
Apply for hassle free Working Capital without an inch-pinch of hesitation. Dive in for details by clicking the link below.https://t.co/CpRsrKmsSO
Contact us: 1800120809809#workingcapitalfinance pic.twitter.com/FxsyF8sCOr